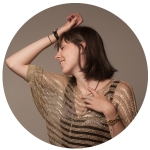 I’m wearing a jumper with waves on it so I feel like I am made of waves and I’m walking up the hill because that is what you do here. Sandwich and a camera and a pocketful of trail mix and a – fuck, I forgot the water. Hit the top. Sit. Taste of spit turning white and gluggy. Chew. Swallow. Chew. Think. Admire the roll of the hills through slatted eyelashes. Sun lashing my back, trail mix in my curled fist. Mountain and me. Hill, if you please. 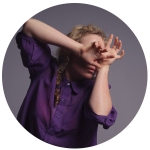 I wonder what I’d say at his funeral. Something like ‘He was the best one, you know’, while feeling the eyes roll in the audience. ‘He was the kindest’ – yeah, right – ‘the sweetest’ – sure he was – ‘we had the most beautiful’ – fuck off, everyone’s a saint when they’re dead. So perhaps then I’ll stiffen up, sniff a few times, clear my throat. I’ll say ‘There was this game he played when walking past restaurants. He’d look in and find the people eating alone. Usually older men. Usually, and let’s not let death make us saccharine here, usually overweight older men. Eating alone. And he’s stand outside the windows, just behind where the saffron light fell on the pavement, just far enough away to avoid steaming up the glass, and he’d imagine what his life was like, the patron. The patron sitting at his table with his napkin folded into his badly ironed shirt, nursing a glass of wine, could never justify a bottle, see, staring into his plate of calamari or spaghetti carbonara or whatever it was, and standing outside, this figure in the shadows, he’d stand transfixed imagining how lonely this guy at the restaurant was. How he’d had a wife, maybe, but she’d left him, and his kids never saw him, and he’d tried internet dating and failed, because the world was too cut-throat for him, and all he wanted was someone to smile at across the table, all he wanted was a soft sweet hand to brush his over the salt shaker, but he had nothing, this guy, this lonely, desperate, milky-white man sitting alone in the corner table of this cheap nasty restaurant, and standing outside, these thoughts burbling through his brain, he’d get so upset, so desperately empathetic for this imagined life that he’d cry. He’d honestly make himself cry imagining this man’s sad cruel life. And when I said ‘You know, some people just like eating alone. Some people are on business trips’, he’d reply ‘Of course, of course I know that. But I think of these stories, and they just, they just break me, you know?’ And that’s who he was. He could be an idiot, and unintentionally offensive, and just plain dumb, but he had all this kindness, this empathy in him and it just seeped out like that. At men in windows of restaurants. Nursing their forks and their slow beating hearts.’